This Poet Walks Into A Bar… 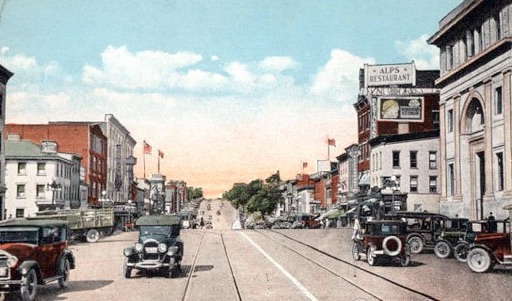 Twain didn’t like it when he had a situation but no story. Tell that to any writer.

As a college student I worked summers in my father’s bar in upstate New York. Newburgh was a poor Hudson River town with such social ills that my father’s business would soon become a victim of urban decay, which began on the lower part of town where the bar was located. Downtown Newburgh would become a plywood zone, the street corners gathering spots for drug dealers and prostitutes. While that process was taking place the business was still viable, and my job was to open the bar at eight a.m. on the dot. Three men awaited my arrival, bunched up inside the alcove to protect themselves from the blazing sun having risen over Mount Beacon. The first was the cleanup man, who without judgment and even with some pride, called himself Jake the Jew. Jake was a garrulous alcoholic who sang while he cleaned the bathrooms and swept the floor. He was paid two dollars and two free beers. I was strictly instructed not to give him a third.

The second man, looking impatiently at his watch, was a salesman in a wrinkled blue suit. I called him The Electric Bill. Smitty needed four shots of cheap rye before making his way down to the Water Street shoe store where he worked. I couldn’t be late or he would drink across the street in Santucci’s. I was reminded that over the course of a single month, Smitty’s weekday business would cover the electric bill, thus his nickname. I was also instructed never to leave the bottle on the bar while I was setting up or Smitty would sneak a shot.

Also waiting was Austin Bellows, an old man in a white golf cap. Austin’s job was to buy newspapers and Danish pastries while I took care of Smitty and made the coffee. Austin had a Boston accent but insisted he was from Woosta. He once played hockey for the Boston Bruins – something that in later years and after some non-extensive research I was unable to verify but had no reason to disbelieve.

Austin lived in a furnished room above Basso’s Lounge. He drank only once a month, on the first, when he would spend his check on the barmaid, Estelle Sparhawk, a drinker without limits who sat with him in a booth and kissed his forehead and rubbed his bald pate for as long as he kept buying.

Austin was my closest friend in the bar. Over coffee and Danish we would read the sports pages and talk about the boxing matches or baseball games we would bet on together. I would stake him if he was broke. Bets were placed with a pickup man named Fat Jack, who looked like his name. Jack would take our money and retire to the bathroom where he recorded the bet on a diner check with a carbon copy for us. Jack worked for one of the big Newburgh bookmakers, a man of few words called Chooch. Anyone with even the slightest knowledge of Italian dialects will tell you that Chooch means donkey or ass. And yet, like Jake, Chooch was not offended by his nickname and on some level must have taken pride in it.

So much more happened during those summers when I was impressionable, when working in the bar presented me with more situations and characters than memory could hold. They still bloom and elaborate themselves in my mind like some crazy flower. At that age I was just beginning to write and my head was full of poetry, about which my customers knew nothing – all except one.

One morning I was back in the kitchen mixing a tray of cole slaw. It was just after ten o’clock with the sun up strong and the first wave of drinkers having come and gone. There at the bar, alone and limned in sunlight like some apparition of Walt Whitman himself, stood an old man in a flop hat and a long white beard. He hooked his cane over the bar and looked around for service. I came out drying my hands on a towel and as he ordered a beer I told him he was the spitting image of Walt Whitman. Then I pushed his money back. He said he was also a poet and in my enthusiasm for a kindred spirit we talked poetry and literature and I bought him every beer. His name was Francis Gardner Clough and he wrote poems and reviews for the Newburgh News. He owned a bookstore out on Highway 52 and said that if I came to visit he would give me a book of his poems. I did. The bookstore was an open air, summer only operation, more like a lean to. His slender volume was printed on heavy paper with ragged edges and bound with a shoe string. The first line of his opening poem was, I have hungered before Hamsun.

On the back wall of the little shop were magazine cutouts and and photographs of notable writers. One such was an eight-by-ten glossy of Mickey Spillane, the crime writer of his day. Spillane was also a local who dabbled in stock car racing when he wasn’t churning out his best sellers. The photo was inscribed with these words, Dear Francis, I wish I could write like you.