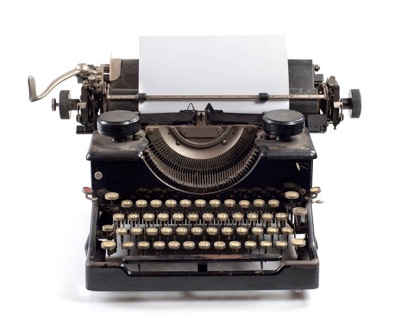 Once long ago I needed a job. A friend had just quit as a reporter for a large Midwest newspaper and he suggested I take his place. I’d never worked as a news reporter, but I’d taken a J-School course and had recently written a piece about racing pigeons and their uncanny ability to return home from great distances at high speeds.

This friend put in a word to the managing editor and gave him my pigeon story. I soon found myself in the man’s office. He’d been a combat photographer in the Second World War and the newspaper, with a circulation of fifty-thousand, was noted for the quality of its photographs. As I took a seat the editor was standing over a light table examining negatives with a magnifying glass. After ignoring me for a few minutes he moved to his desk. He was dressed in a carefully mismatched shirt and tie. His scowl was perpetual, and he held up my pigeon article without saying whether he liked it.

“I’ll give you a chance and put you on Police Beat. If you can’t do the job you’re out the door.”

The next morning I followed the police reporter on his rounds. His name was Jim, last name unimportant, and he started with calls to the hospital for condition reports on patients who’d been in the news. Then we got into his car and drove, first to the Fire Station for anything of interest, then to the County Sheriff’s office, and finally the police station. Here the dispatcher handed over a thick ream of carbon copies, one for each complaint received in the last twenty-four hours. Jim quickly leafed through the carbons and made notes on potential stories. We then met with the publicity officer and Jim asked about each incident he’d selected.

We returned to the newsroom with four stories. These were typewriter days, and Jim said to the city editor, “Four stories, eight takes,” a ‘take’ being a single page of triple-spaced type. This information was immediately conveyed to the composing room downstairs so they could allow for the appropriate space in the Police Beat column. Noon deadline was ten minutes away.

I sat at my desk and watched as Jim lit a cigarette and began typing, hesitating between ideas. As each page fitfully unrolled from his typewriter the city editor took it up and returned to his desk to make corrections. He kept looking at the wall clock and saying, “Hurry up, Jim! Hurry up!” When Jim came to the last story he stalled. He stubbed out his cigarette. He put his hands on the keys. Nothing came. He lit another cigarette and put it down. He chewed on a fingernail. A voice from the composing room cried out through a speaker, “Where’s Police! Where’s the copy!” The city editor said, “Jim, let’s go!” but Jim was stuck. He typed another word or two then stopped again. I was to learn that Jim was the slowest writer in the newsroom but the best news man. He had an eye for story and was dogged when he found one. “Where’s the goddam copy!” cried the composing room voice angrily. “Jim, come on!” said the city editor. Jim typed a sentence and hit the carriage return. He said, “I still can’t get it!” Now the newsroom, always a philharmonic of typing, of a chugging AP machine spitting photos, of static voices from a ceiling speaker wired to the police radio, seemed to fall silent as Jim struggled. Those who’d finished by deadline were nervously watching as the Managing Editor came out of his office. Late copy cost overtime downstairs. Late copy meant late delivery. The Managing Editor stood there in his natty tie and carefully mismatched shirt. He folded his arms and glowered. If steam could come out of his ears it would have.

Jim coughed up another sentence. The city editor went over to Jim’s desk. He took hold of the page in the typewriter and began to pull. “Just write damn it! Just write it!” He pulled on the paper as Jim typed the story.

A few days later I started on the beat by myself. I made the rounds and brought back the news and estimated the number of takes with reasonable accuracy. The key sentences were already in my head when I sat down to type. I swore never to put myself in Jim’s position, and out of fear I never did.